It’s been one week after Blizzard launched the fourth Hearthstone adventure and the second wing, The Opera, is now available to everyone who already completed The Parlor. The second episode of the adventure, if we don’t count the Prologue, will have you play against three bosses: Julianne, The Big Bad Wolf and The Crone. Upon defeating all three bosses, two additional challenges (warlock and paladin) will open for you, which will reward players with more new cards.

So, you’ve beaten the first three bosses last week and couldn’t wait for the next wing to open in order to grab the new cards and unravel even more from the mystery shrouding the party of the century? Well, now’s your chance to put your investigative skills to work and find out more about Medivh’s kidnapping, and have some fun while at it since you’ll definitely recognize the new bosses coming from well-known fairy tales. 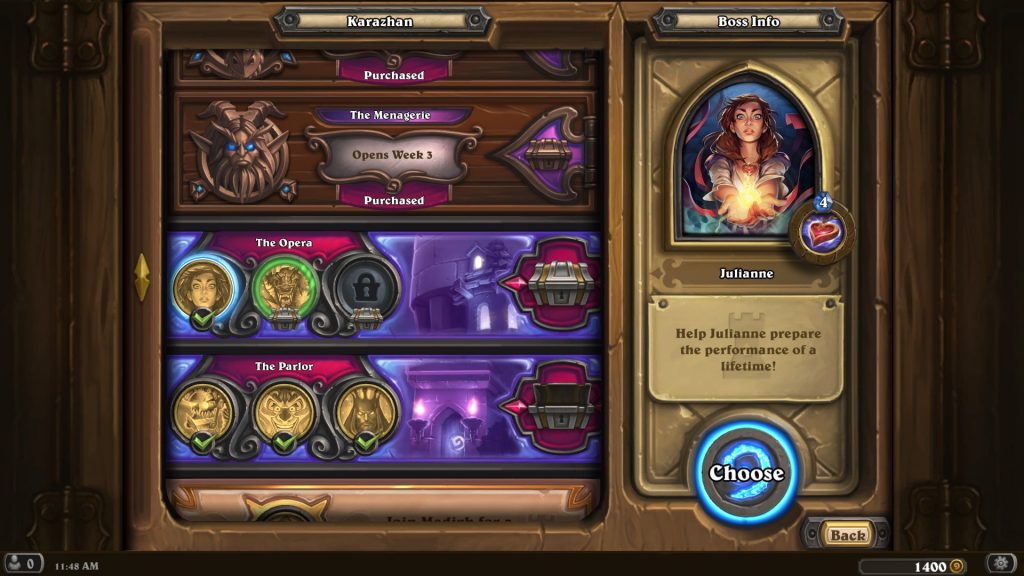 Romulo and Julianne are the first boss from The Opera, the second wing of the One Night in Karazhan adventure. Julianne is the main boss, but she’s invincible until you kill Romulo, a 4/2 minion placed on the board at the beginning of the fight. Julianne can resummon Romulo for 4 mana whenever he is killed, but this definitely shouldn’t be a tough fight. Upon defeating this boss you’ll receive two cards: Pompous Thespian and Onyx Bishop.

I can’t think of anyone who doesn’t know the Little Red Riding Hood’s fairy tale. Well, you won’t be fighting the little red riding hood, instead you’ll cross cards with the Big Bad Wolf, the main antagonist on the European fairy tale. He begins the fight with 20 health and 15 armor. He has a very interesting passive power that will force you to choose the right strategy to beat him: „Enemy minions are 1/1 and cost (1).” This means that all your minions will cost 1 mana, but their stats will be awful, so you’ll have to rely on their other effects and on spells. Defeating the Big Bad Wolf will reward you with two additional new cards: Kindly Grandmother and Arcane Giant. 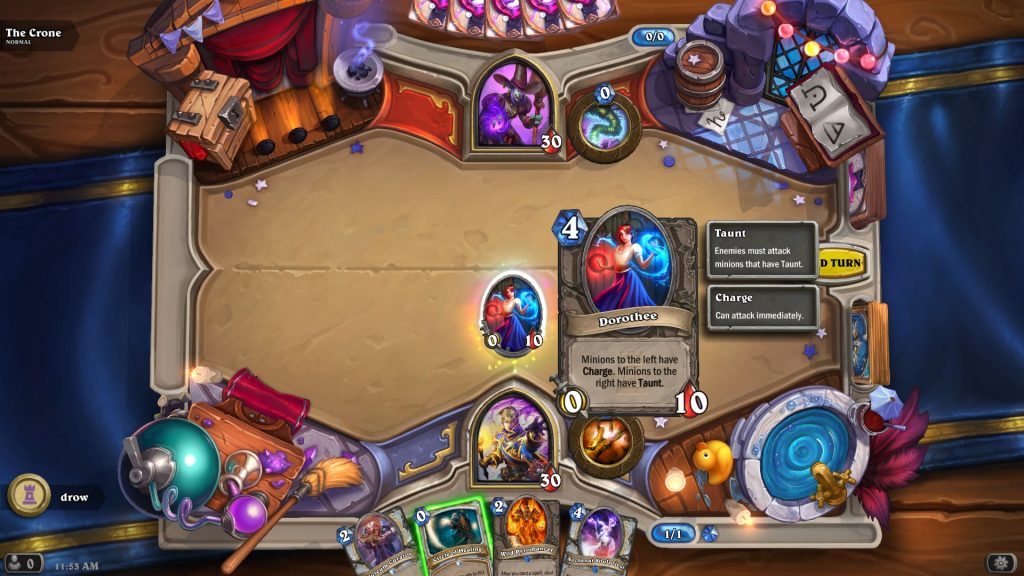 The hardest boss you’ll have to beat in this wing is The Crone, the ultimate evil witch. Her power is unimaginable: „Deal 100 damage.” There’s only one thing that keeps her from using it, Dorothee. As long as Dorothee is alive the witch won’t be able to use her power. This means that you’ll have to protect Dorothee at all costs. The mechanic in this fight is very interesting as well. You start with Dorothee on the tablet, a 0/10 minion, but all creatures you place to the right will have Taunt, while those placed to the left will receive Charge. If you’re very careful in placing your creatures having this in mind, you won’t have too much trouble beating The Crone and grab four new cards: Wicked Witchdoctor, Moat Lurker, Swashburglar and Barnes (legendary). 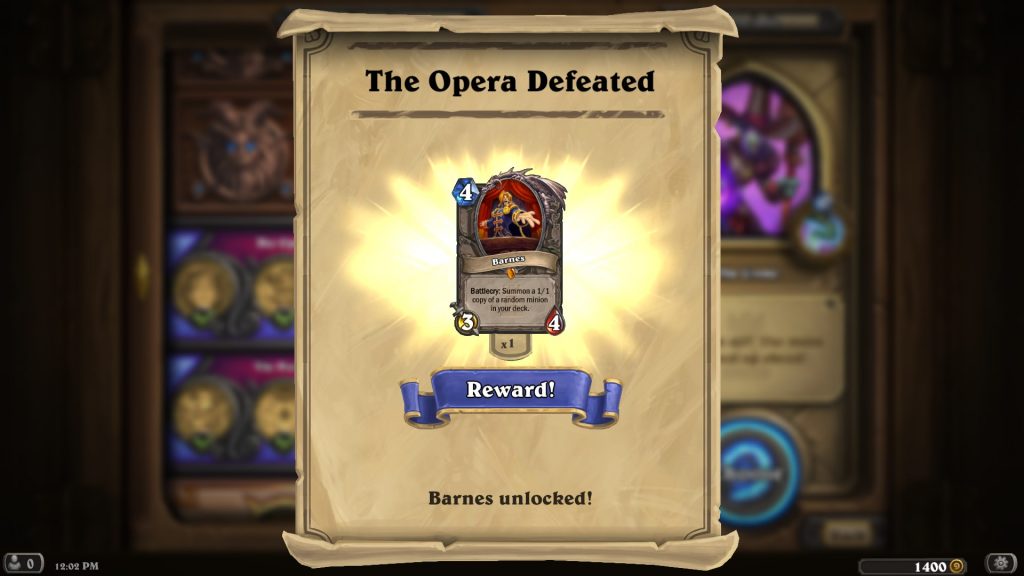 As soon as you defeated all three bosses at The Opera, two new class challenges will open for players: warlock and paladin. Each challenge rewards you with one card: Kara Kazham! and Silvermoon Portal. These two challenges end your search for Medivh, but not for long since you’ll be able to conquer The Menagerie, the third wing of the adventure in less than a week.